What Does a Ball Joint Do? 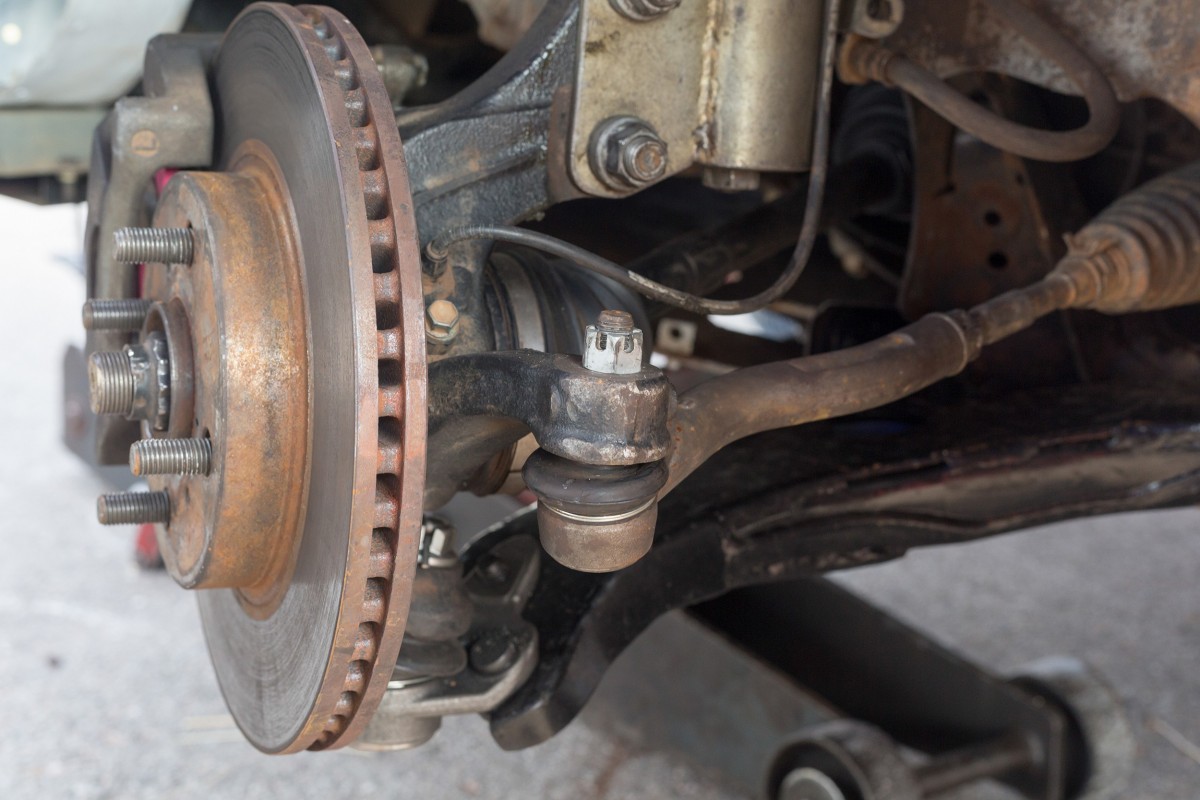 At Nick's Automotive in Reno, we know you’re busy. We also know that while there are certain issues with your car, truck, or SUV you can ignore for a while, some of them shouldn’t wait. While serious issues are often obvious, sometimes they aren’t - ball joints are one such case.

The ball joint is a component of your suspension. A ball joint is a big, round bearing pressed into a cup, essentially, which connects your control arm to the steering knuckle. The ball joint is able to compensate for movement in the suspension, connecting your car to the suspension system underneath. Really, the only important takeaway here is that the ball joint is responsible for bearing the weight of your car; when one fails completely, the body of the car will fall, likely all the way to the ground. The wheel is engulfed by the wheel well, and the car is rendered inoperable. As you can probably guess, this is a huge problem on the road...not only do you lose the support of your vehicle, but steering goes with it, and the vehicle will pretty much be stuck wherever it breaks. If it fails while the vehicle is in motion, you can imagine the sort of trouble this situation might cause you.

So how do you know if one of your ball joints are failing? While there aren’t immediate signs that make you think “I don’t know what that sound is, but it definitely isn’t good,” there are telltale symptoms of imminent ball joint failure.

The most common is an arrhythmic knocking or clunking sound, particularly over bumps or rough pavement. It sounds sort of similar to two bowling balls being knocked together. Another sign is loud squeaking when the suspension bounces over bumps or turns - it’ll sort of sound like an old noisy bed. While loud squeaking could also be due to a variety of bad rubber bushings, it’s best to play it safe. It’s also a good idea to have ball joints lubricated at regular intervals, to make sure they last.

Replacing a ball joint isn’t a big deal and is certainly less hazardous than waiting until one fails completely. If you suspect your car is in need of new ball joints, have one of our technicians take a look. Our team of expert mechanics has the knowledge, equipment, and ability necessary to service any type of vehicle, whether the job is big or small. For the best auto repair and maintenance shop in Reno, call or stop by Nick's Automotive today.